The production plan for the shoot will be based on a story board and working script approved by the Client. Thereafter, the field visits and on location shoots will be executed.

Once the raw footage is previewed in the studio, the final script will be re-drafted, taking into consideration any new visual captured during the shoot which had not been planned earlier.

This could also include other visual references recommended by the beneficiaries during the shoot. This open ended process will provide us the flexibility to integrate unexpected visuals which cannot be predicted during the planning/pre-shoot phase.

The “work in progress” narration (Voice Over) will also be fine-tuned once the rough cut (Work in progress) is lined up and necessary graphics are embedded in the film.

The film will be initially edited on a reference background score (BGM). The background music (BGM) will be finalized once all the visual elements of the film are approved by the Client. Once the final visuals are locked, the voice over will be slapped on to the video and necessary titles / supers / captions will be overlaid to create the final AV. 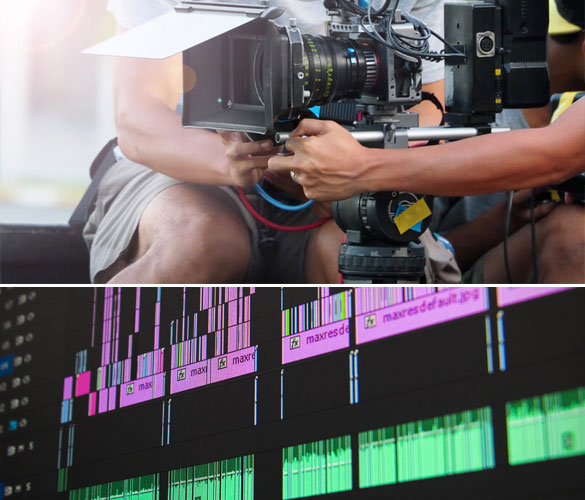